- July 20, 2013
Prisoner Hunger Strike Representatives in Pelican Bay State Prison, of which Paul is one, were retaliated against harshly. Read below what you can do to support Paul and his brothers. We need massive support for them all. Here is also the latest picture of Paul, taken on June 14th 2013. 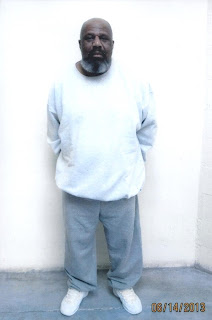 The CDCr is also trying to undermine legal and community support of the hunger strikers. They have just issued ‘banning’ orders to Marilyn McMahon, an attorney for many of the Reps in Pelican Bay, denying her access to her clients.

Most likely, prison officials will not be thrilled to get your phone calls and emails, so please be determined and polite in trying to send your phone and email messages. Whether you get a voice or a voice mail, they will know you are watching them, and want them to Stop the Torture.

On July 11, PBSP prison authorities removed 14 prisoner Representatives from their solitary confinement (SHU) cells and placed them in Administrative Segregation (Ad Seg) cells which are even worse than the SHU. The hunger strikers, many of whom are elder men and have severe chronic illnesses, are dressed in summer clothing, but the CDC has turned on air conditioning full blast, leaving some of the men sick and freezing.

Meanwhile, the prison officials have raided their SHU cells and confiscated their legal materials, including attorney-client protected documents pertaining to their highly publicized federal class action lawsuit against the state of California (Ruiz v. Brown).

RESPONSE OF THE HUNGER STRIKE REPRESENTATIVES:

“On July 11, 2013, we were placed in Administrative Segregation (Ad-Seg), where we are subjected to more tortuous conditions than in the SHU. Despite this diabolical act on the part of CDCR intended to break our resolve and hasten our deaths, we remain strong and united! We are 100% committed to our cause and will end our peaceful action when the CDCR signs a legally binding agreement meeting our demands.”

Governor Brown has been completely silent on the hunger strike while it has gained
international news attention. He is now taking a vacation in Europe, visiting, among
other places, Dachau concentration camp in Germany, and promoting California’s environmental advancements to selected European audiences.

WHAT YOU CAN DO TO HELP STOP THE TORTURE:

Tell the PBSP prison authorities to return the 14 prisoner Representatives to their cells. See below for their names.

Please write to the Reps.
Include one sheet of paper, one envelope and one loose stamp so they can write someone outside the walls. You can address your letter with the person’s name & prison number; Pelican Bay State Prison/SHU;
PO Box 7500. Crescent City, 95532.

Mr. Arturo Castellanos may not be able to receive your letter. He’s on ‘restricted mail,’ by the prison authorities.

Thank you so much for your solidarity,